How to Negotiate a Job Offer 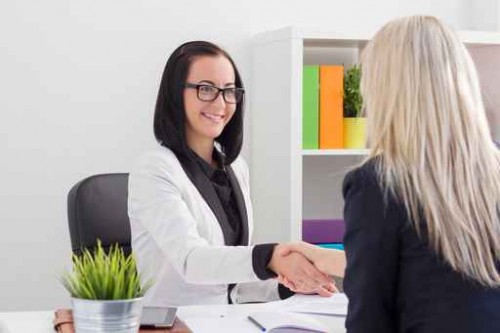 You just received an offer for the job of your dreams and now it’s time to negotiate a salary.  Job offer negotiations are rarely easy and if you lack negotiation skills you will short change you self.  People have different backgrounds, strengths, salary histories and therefore it becomes hard for an employer to set a benchmark for a particular post. You have to make your employer understand your worth without seeming greedy. Here are some factors that can help you in this easy yet hard process.

This sounds basic, but it’s crucial: People are going to fight for you only if they like you. Anything you do in a negotiation that makes you less likable reduces the chances that the other side will work to get you a better offer. This is about more than being polite; it’s about managing some inevitable tensions in negotiation, such as asking for what you deserve without seeming greedy, pointing out deficiencies in the offer without seeming petty, and being persistent without being a nuisance. Negotiators can typically avoid these pitfalls by evaluating (for example, in practice interviews with friends) how others are likely to perceive their approach.

It’s not enough for them to like you. They also have to believe you’re worth the offer you want. Never let your proposal speak for it—always tell the story that goes with it. Don’t just state your desire (a 15% higher salary, say, or permission to work from home one day a week); explain precisely why it’s justified (the reasons you deserve more money than others they may have hired, or that your children come home from school early on Fridays). If you have no justification for a demand, it may be unwise to make it. Again, keep in mind the inherent tension between being likable and explaining why you deserve more: Suggesting that you’re especially valuable can make you sound arrogant if you haven’t thought through how best to communicate the message.

If, despite your preparation, someone comes at you from an angle you didn’t expect, remember this simple rule: It’s not the question that matters but the questioner’s intent. Often the question is challenging but the questioner’s intent is benign. An employer who asks whether you would immediately accept an offer tomorrow may simply be interested in knowing if you are genuinely excited about the job, not trying to box you into a corner. A question about whether you have other offers may be designed not to expose your weak alternatives but simply to learn what type of job search you’re conducting and whether this company has a chance of getting you. If you don’t like the question, don’t assume the worst. Rather, answer in a way that addresses what you think is the intent, or ask for a clarification of the problem the interviewer is trying to solve. If you engage in a genuine conversation about what he’s after, and show a willingness to help him resolve whatever issue he has, both of you will be better off.

They may like you. They may think you deserve everything you want. But they still may not give it to you. Why? Because they may have certain ironclad constraints, such as salary caps, that no amount of negotiation can loosen. Your job is to figure out where they’re flexible and where they’re not. If, for example, you’re talking to a large company that’s hiring 20 similar people at the same time, it probably can’t give you a higher salary than everyone else. But it may be flexible on start dates, vacation time, and signing bonuses. On the other hand, if you’re negotiating with a smaller company that has never hired someone in your role, there may be room to adjust the initial salary offer or job title but not other things. The better you understand the constraints, the more likely it is that you’ll be able to propose options that solve both sides’ problems.

Keep it calm and simple. You are simply aiming to make your next employer understand what your skills and qualifications are worth.  And as long as you have the potential it is not difficult to make him believe so!

How to Build a Capsule Wardrobe

Have you heard of the latest trend? A capsule wardrobe is a new take on the old idea that sometimes we...

The Importance of a Headshot

Your professional headshot is one of the single most important images you could have on your company’s...

How to Avoid Chaos Induced Burnout

Photo Credit: Adobe Stock With us working for a generation who values tenure and expects you to do more...

Are You Dressed for Success? Look at Your Attire from a Hiring Standpoint

We are constantly told that you shouldn’t judge a book by its cover, but when it comes to interviewing...