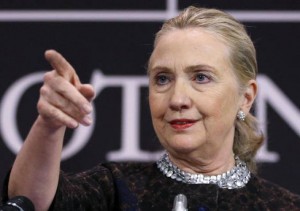 Former Secretary of State, Hillary Clinton has ended months of speculation and officially confirmed her intent to run for president in  2016.

1. She loves adventure – and she’s not afraid to get her hands dirty. After graduating from college in 1969, she worked her way across Alaska by washing dishes in Mount McKinley National Park and sliming salmon in a fish processing cannery in Valdez.

2. She was the only woman on the Nixon impeachment legal team.

3. She was the first First Lady to hold a postgraduate degree — she graduated from Yale Law School in 1973.

4. She believed in universal healthcare way before it was cool. Hillary was ahead of the curve by about 20 years.

5. She has Oscar de la Renta on speed dial, Her designer of choice is also a friend, New York Magazine reported.

The Importance of a Headshot

Your professional headshot is one of the single most important images you could have on your company’s...

How to Avoid Chaos Induced Burnout

Photo Credit: Adobe Stock With us working for a generation who values tenure and expects you to do more...

Was it just last year that feminist trailblazing corporation, Apple, commissioned not one, but two women...

Are You Dressed for Success? Look at Your Attire from a Hiring Standpoint

We are constantly told that you shouldn’t judge a book by its cover, but when it comes to interviewing...