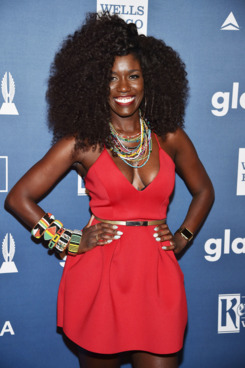 The marketing veteran, who previously got her feet wet at Pepsi and Spike Lee’s advertising agency, Spike DDB, spoke to the crowd of developers about Apple’s latest music achievements. Twitter, to say the least, was more than excited to see a black woman on stage. Below, a roundup of some of the most enthusiastic tweets.

Women and especially women of color need to be visible at the upper echelons of tech.

Viola Davis made history this year when she became the first Black woman to win an Emmy for Outstanding...

Redbook is getting real and decided to break away from the traditional celebrity cover model. The women’s...

The Rise of Misty Copeland: A Ballerina’s Tale

Misty Copeland is now the first African-American woman to be named a principal of American Ballet Theatre. Photo...